Life insurers are likely to see higher COVID-era losses on their commercial mortgage investments than those from the Great Recession, reflecting the severity of the pandemic, Fitch Ratings said.

Under Fitch’s base case loss assumptions, the ratings agency anticipates life insurers’ commercial mortgage loan losses to amount to 180 basis points of the total outstanding loan balance, a 50% increase from levels seen during the global financial meltdown. The timing of losses is subject to regulatory forbearance actions, which may extend into next year. At the earliest, Fitch expects these to start showing up in life insurers’ third-quarter statutory statements. 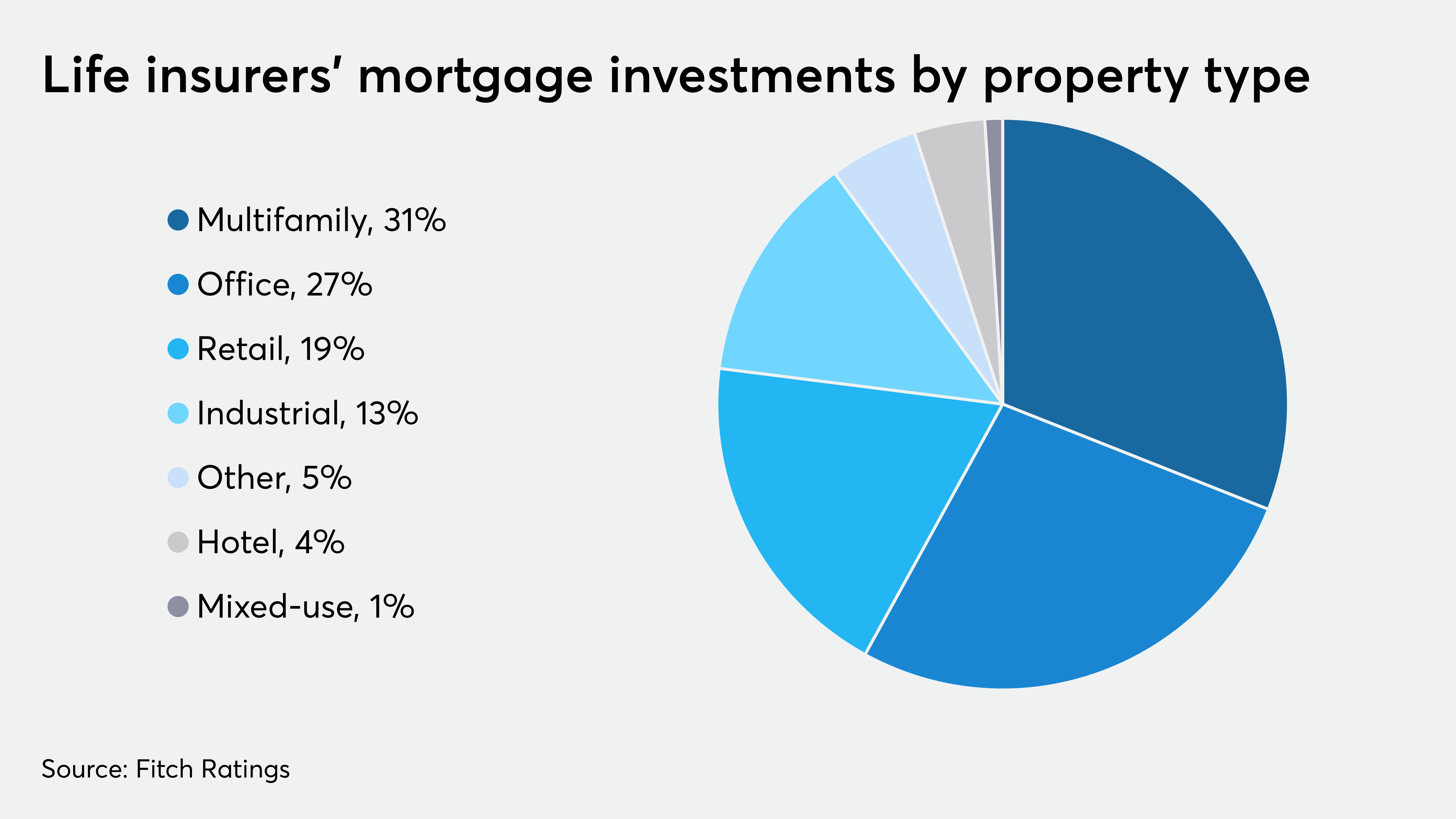 Life insurers ended the second quarter with a 15.3% share, or $573.9 billion of the total $3.8 trillion of commercial and multifamily mortgage debt outstanding, making them the third largest investor group, the Mortgage Bankers Association reported.

Loans secured by multifamily properties make up 31% of life company mortgage investments, followed by office at 27% and retail at 19%. The MBA reported that life insurers hold $167.2 billion of multifamily debt, or 10.4% of the total outstanding for this property type.

However, loans secured by hotels make up just 4% of life insurer mortgage holdings, creating a much smaller exposure than their retail portfolio.

Fitch’s negative outlook on life insurers is driven by their exposure to losses on all of their investments, including commercial mortgage loans. While the credit metrics of life insurers’ performing commercial mortgages are high, as measured by the National Association of Insurance Commissioners, their overall credit quality declined for the second consecutive year, denoting a weakening trend, the ratings agency added.

Given the life insurers’ large share of office properties, performance of those loans is also a concern for Fitch going forward.

“The office sector is expected to see near-term cyclical pressures, with greater uncertainty over the longer term as the net effects of the pandemic remain unclear, such as increased working from home versus the need for increased office space per employee, and its impact on demand for office space, particularly in urban areas,” the ratings agency said.

Even though Fitch earlier reported August’s commercial mortgage-backed securities delinquency rate was down 22 bps from July to 4.76%, it stuck by its the previous forecast, which predicted that defaults will reach between 8.25% and 8.75% by the fourth quarter unless there is a material increase in forbearance activity.