As business reopenings lead to more revenue and higher employment levels, the commercial and multifamily delinquencies continue to improve.

The delinquency rate fell to 5.7% in September from 6.4% in August, according to the Mortgage Banker Association’s CREF Loan Performance Survey. The combined debt outstanding totaled $3.7 trillion with an average unpaid principal balance of $16 million, descending from $3.76 trillion at the end of the second quarter.

“Commercial and multifamily mortgage performance has stabilized, and in many cases, has begun to slowly improve since the initial stress of April and May,” Jamie Woodwell, the MBA’s vice president of commercial real estate research, said in a press release. “Lodging and retail properties felt the onset of the recession most immediately and dramatically, and that continues to show in the numbers. Delinquency rates remain more muted among other property types and overall, the inflow of newly delinquent loans has slowed to one-fourth the rate seen in April.” 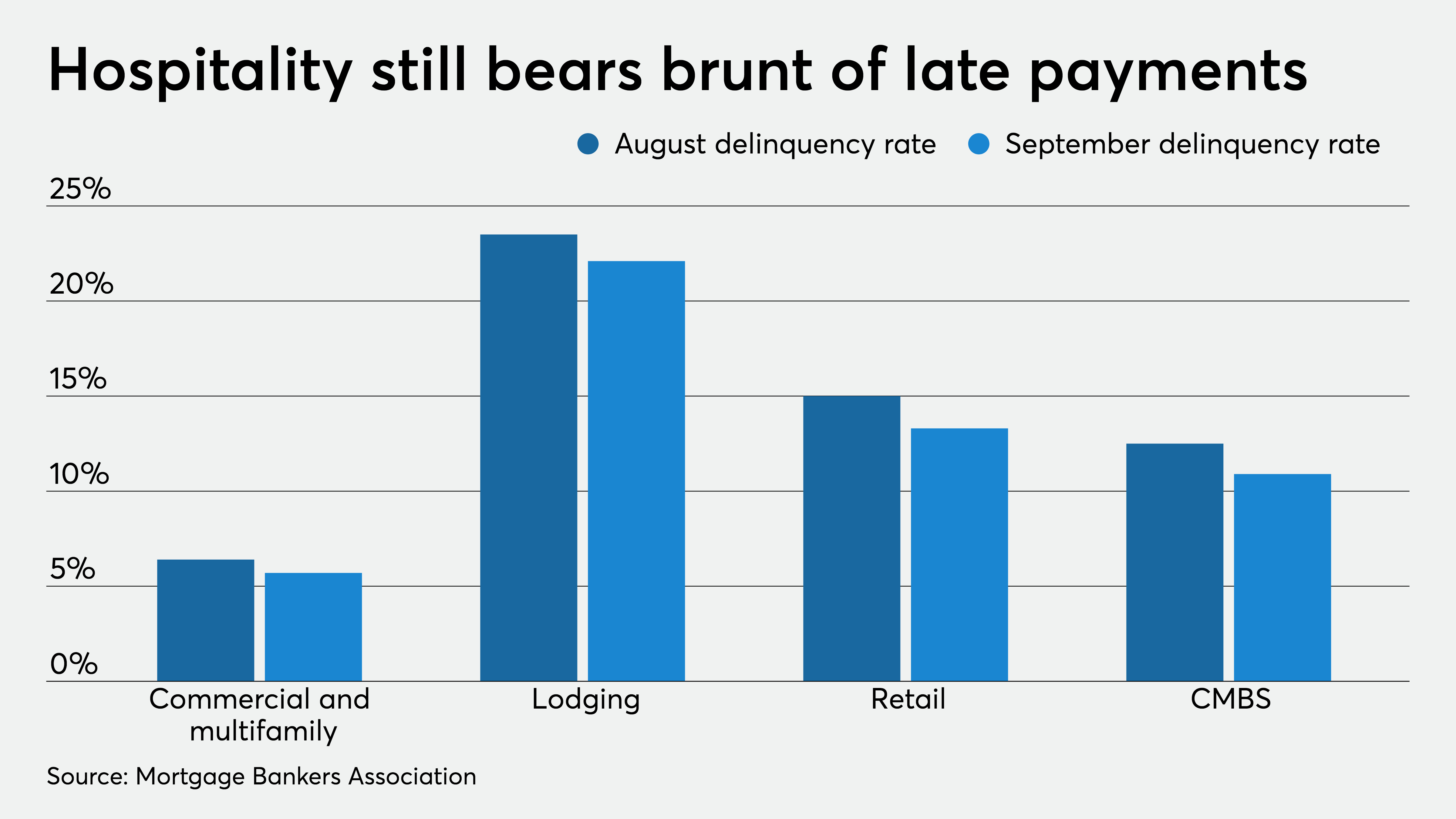 The pandemic hit the hospitality sector hardest. While declining to 22.1% in September from 23.5% in August, it still has the most inflated CREF delinquency rate. Retail loans followed, dropping to 13.3% from 15% month-over-month. CMBS loans — which contain a large share of hotel and retail properties — went to 10.9% from 12.5% in August.